Please let me know if this story sounds familiar. Neil wrote about it somewhere, or it was in an article about him, decades ago. I'm mostly over the embarrassment of it now.

It was during Power Windows tour, 1986. About 2-3 days after my first Rush concert, I unknowingly met Neil Peart. Though the most die-hard fan I knew at the time, I did not recognize him! He mentioned he was with Rush, and I concluded he meant with their road crew. We spoke about 20 minutes, and he dropped about 10 hints, all of which I missed.

To be continued after charging my phone...

I was checking out his BMW motorcycle when he approached me and asked, "Were you at the show the other night?" He put on his helmet before I could see him. Ok, 1% charge on phone...back later.

Yes, charge up that phone and give us the details!

Neil approaching you is intriguing!

You should have probably just waited until your phone was charged before you started posting. I think that makes sense, right? Lol.

A Pale Boy with only Half a Brain

You should have probably just waited until your phone was charged before you started posting. I think that makes sense, right? Lol.
He's created intrigue. Now he has a captive audience!

I call BS. He didn't ride motorcycles then.

I was Neil's personal best friend.  About time I confessed.  Oh wait I have to pee.

I was Neil's personal best friend.  About time I confessed.  Oh wait I have to pee.

I was Neil’s personal bodyguard/assistant before Michael Mosbach. We had first met by chance back in the mid-80s while separately hiking up Tai Shan. Sorry, I’ll be back next month to finish my story, i gotta change a light bulb.

How do you keep idiots in suspense?

Neil kept bugging me back in 1982 as well, he kept peering in my window even though I told him a dozen times to cut it out.

That phone is really taking a long time to charge. 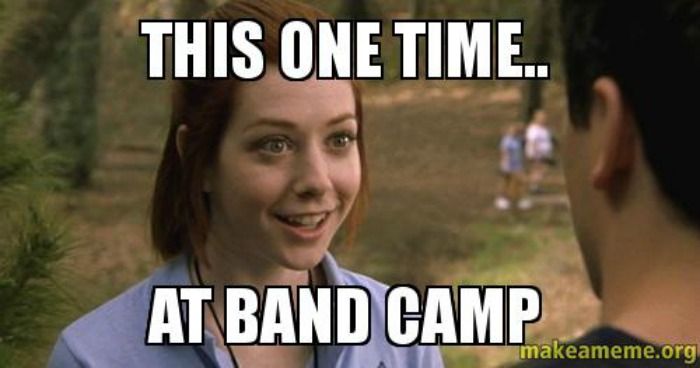 My apologies, I had to do some work on a project at work and then ran errands all evening.

After Neil put on his helmet, we talked a bit. He had pulled over because of impending rain and had to be in Michigan by (4:00?) that same day. Understand, this is 34 years ago, and I'm clearly mentally challenged, so bear with me.

After I rambled on about Rush, he said something like, "You know a lot about Rush, huh?" I challenged him to quiz me. First question was "For starters, who's the artist of the picture on your shirt?" I didn't know. He did. I asked how he knew. He said, "He's a friend of mine." I'll continue in 3 minutes.

That phone is really taking a long time to charge.

What a shitty charge!

This is a troll thread. It smells of a guy on CP called Ouchie.

Ok, I'm not buying this story. Neil would never talk to a fan for this long.

Now, the sequence is muddled, but here are several exchanges, close to verbatim.

At this point of the conversation, I now sincerely suspect he thought I truly was mentally challenged. I was clueless.

N: Tell me, do you think I look like the drummer? A lot of people tell me I look like him.
Sg: You're wearing a helmet and (sunglasses?). I can't tell.
N: Pulling off his glasses or pushing up his visor, opens his eyes widely and stares at me. (I now see how hilarious this was to him).
Sg: Staring Neil Peart directly in the face, "No, I don't see it."
N: No? Why not?
Sg: For one, you're way too tall.(Only a few years ago did I learn Neil was about 6'5", when Geddy mentioned it in an interview).
N: Way too tall? I thought being tall was a good thing.
Sg: Oh, it is. I mean, Neil Peart is not nearly as tall as you.
N: Well, . . . how tall is he?
Sg: Probably my height.
N: How do you know?
Sg: I've seen a million pictures of him.
(I don't recall exactly, but he asked how I could tell from pictures, or didn't I notice he's much taller than the other two).
N: Know how tall I think he is? I think he's exactly my height.
Sg: Okay (what an odd thing to say, I thought).

He then repeated the same thing with his birthday and some other details.

Sg: Also, he has a rat tail.
N: What's a rat tail?
Sg: A long, braided pony tail. It's really cool. You can see it in the video for Big Money.
N: Reaching into jacket and pulling out a short rat tail, "Like this?"
Sg: Kind of, but his goes way down his back.
N: Incredulous, "Well, I just got my hair cut for the tour."
Sg: Oh.
N: You really don't believe me, do you? (I can still hear his voice. It was like his voice when all three played Tom Sawyer on a video game, and he laughingly said, "They hate us!")

I'll be back on tomorrow to continue if you're interested.

It took decades to realize it was Neil. Around 2005, I saw an old interview around Permanent Waves. I think it was on Rio or R40. That is what he looked like in person. He had sharp facial features and was pretty skinny. He did not look like my conception of Neil.

For those who think I'm lying, I say this: I was depressed when I finally realized it. I'm not proud of this, and I wondered how on earth I could have been so dense. My only consolation is that we spoke several more minutes, like two strangers with a common interest.

Oh, he bought at least a carton of cigs and smoked 1-2 cigs while we spoke.

There are a couple more cool parts that might cause you to scream in frustration at my denseness.

Ok, have to get my son to bed.

I'm not trolling, nor am I trying to trick anyone. Honestly, would you feel good about making an ass of yourself in front of Neil?

I agree that the duration sounds uncharacteristic. Consider:
1. He was killing time, avoiding a storm. (And it definitely was a BMW cycle. I also didn't know he biked then but thought he bucycled.)
2. He was having some fun with my denseness. Not cruelly, but probably amazed/confused.
3. He might have enjoyed a chat with someone not bugging him for an autograph or otherwise embarrassing him.

Also, this is all documented somewhere. That's actually the reason I'm here. I've spent several hours searching for the story. Someone showed it to me years ago.

Ok, seriously have to run.

I love Rush and would not troll about them.

Oh...and it seems longer in writing than it was in discussion.

How do you keep idiots in suspense?
By needing to recharge your phone!