Most Whack Rap Break: Roll the Bones or Rapture?

18 replies to this topic

whack in a good way or a bad way?

whack in a good way or a bad way?

When has saying something is whack been used in a good way?

I'll go with Rush being more whack. They were dorks in their 30s at that point who were well aware of the negative feedback doing a rap could have.

Blondie on the other hand was trying out something that was new and fresh in the music world at the time. Dare I say they were slightly ahead of the curve doing a rap back then. Lyrical content isn't really the issue since Blondie was just trying to incorporate into a song what was a rising genre back in the early 80s.

Yeah, "Roll the Bones" is sort of cringe-worthy bad and somehow behind the times, while Blondie's is sort shoulder-shrug bad and may be ahead of the curve.

I post here on my phone all the time now. Can't remember the last time I used an actual computer for it.

Madonna is worse than both on American Life.

I doubt they were trying to be cool with the RTB rap. It was like more "Look! We're a dorky Canadian prog-rock band rapping about talking chances with your life." If the lyrics had been about busting a cap in Rik Emmett's ass and some sort of a East Toronto/West Toronto rap war it would be closer to actual rap and a nice little parody. But they would be raked over the coals by liberal music critics for being unPC not to mention most Rush fans probably wouldn't like it because it would have been even more off-brand than the song is right now.

The Blondie rap was cooler, imo, because it sounds like a coked up disco era head trip.

I post here on my phone all the time now. Can't remember the last time I used an actual computer for it.


It's not TRF on a phone that's the problem, it's me being a klutz! 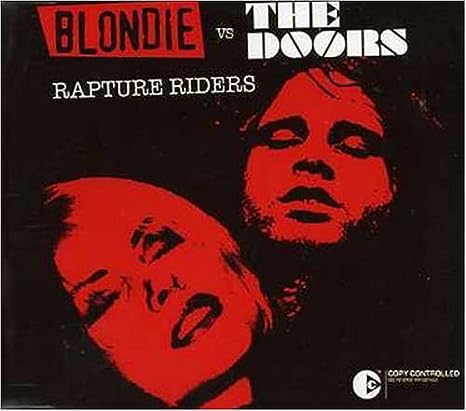 The Man from Mars was the Antichrist?

It makes me wanna JUMP JUMP!

That said, I never liked Debbie's rapping on it, and I thought it the lyrics were just...bad. The music was fantastically funky, though.

The Rush song I think was intended to be serious in content, but intentionally light in delivery. It was a new thing to try, and it unfortunately detracts from the song. On the other hand, I know the rap by heart- and that's not true of Rapture. So who knows what that says, aside from my own legitmate whackness.

I just re-listened to Rapture, my Blondie song list usually leaves this one off, because of the rap.

Interestingly I liked the rap much more than I ever did before. Maybe I'm more well-rounded now, and I can see her style as an echo to the time it was recorded- when a lot of hip hop was slower with emphasis on enunciation more than it has been in most of the following decades. Grand Master Flash put a lot of emphasis on enunciation as well, and for whatever reason that always seemed to distract from the overall flow for me.

I guess I've changed. The lyrics are still awkward in many places, but I liked the rap part.

I guess it has to join my Blondie playlist now. That list is mostly the rockers they made- Detroit 442, Rip Her to Shreds, Shark in Jets Clothing and such. But if I have room for Heart of Glass and Tide is High, I have room for rapture.

Also tagged with one or more of these keywords: #PubicLice, Blame Cupid...stupid-stupid